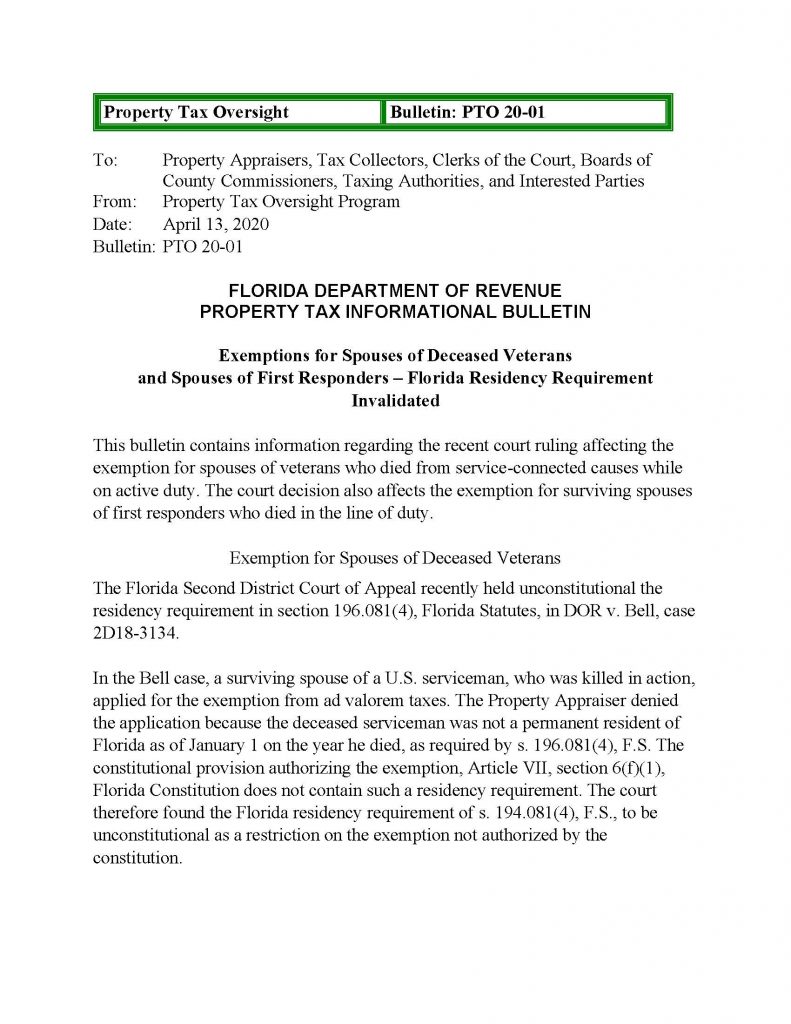 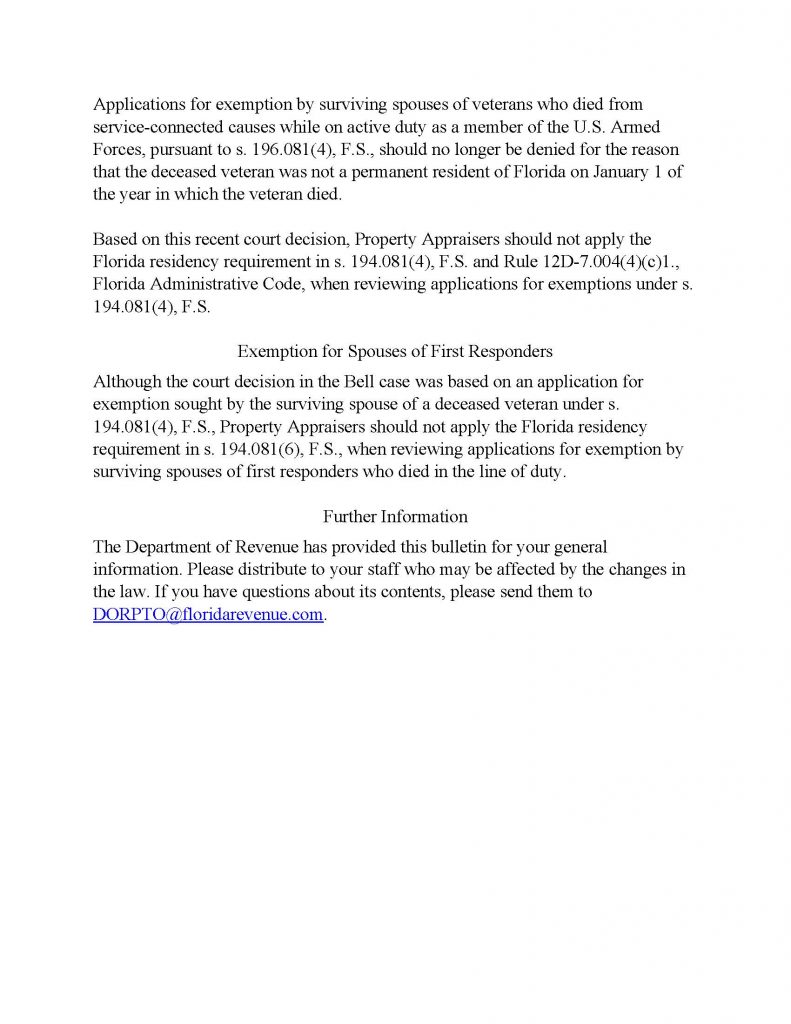 More than 100 volunteers were recognized at the Stand Down Appreciation Dinner by the Tallahassee Veterans Legal Collaborative (TVLC) on July 18.

Hosted by the Sauls Bridges American Legion Post 13 at Lake Ella, the evening celebrated the successful volunteer efforts of dozens of area agencies who provided direct services to more than 360 Veterans during the May 17-18 North Florida Homeless/ At Risk Veterans Stand Down at the N Fl Fairgrounds.

Seventeen testimonials by appreciative veterans who were served during the Stand Down were featured and special recognitions included attorney Wayne Sprague and paralegal Delores McCoy. Congressman Al Lawson presented a commendation to the Collaborative on the floor of the US House that day, read into the Congressional Record and then presented by his District Director Theresa Frederick again during the evening’s program.

Sprague was recognized for his dozens of pro bono appearances at the TVLC’s weekly legal clinics for veterans, also hosted at the American Legion Post 13. McCoy, who works in the Public Defender’s office, was specifically praised for her work preparing Veterans for all 10 Stand Down Court proceedings over the last several years

FSU Legal Clinic Director Jennifer LaVia presented the award certificate to Sprague and TVLC president Dan Hendrickson and Leon County Judge Nina Ashenaifi Richardson presented to McCoy. County Commissioner Rick Minor and City Commissioner Curtis Richardson each spoke and emphasized all our duties to recognize and assist Veterans who have risked their all in service to our country.

Each table celebrated the volunteer efforts of those in attendance and hundreds of action photos  from the 2019 Veterans Stand Down streamed  above the stage while the volunteers and veterans were treated to a widely-complimented dinner prepared by Sandra Washington’s Events & More.

April 3, 2019
As we prepare for another Stand Down I recognize that while you’re in the thick of your preparations that it can be hard to take a step back and see the purpose of it all. This is challenging and often under recognized work that you are doing. I don’t think people realize everything that goes into it behind the scenes. They just see the fruitful outcomes of your labor. You all are addressing a major gap in services that the VA is not equipped to provide. Unaddressed legal issues are consistently a top ten need identified by our Veterans year after year. It can be a tremendous barrier for our Veteran’s to overcome and can lead to poorer overall health outcomes because of the associated stress. Trust that you are making a difference. It is making our community stronger and healthier. It has been an honor to be part of this group both professionally and personally. So just in case you don’t hear it at Stand Down, on behalf of the VA and the Veterans that we serve, THANK YOU FOR YOUR FAITHFUL SERVICE!  You are creating pathways for people to move forward with their lives and giving our Veterans hope for a better future. Looking forward to being a part of another impactful Stand Down event.
Respectfully,
Frank R. Norris, LCSW
VA’s Veteran Justice Outreach Coordinator
Veteran Treatment Court Liaison Officer
Veteran Justice Outreach Coordinator
Sgt. Ernest “Boots” Thomas VA Clinic
Tallahassee, FL

TVLC is now on Facebook!
Check us out at www.facebook.com/tallahasseevets/ 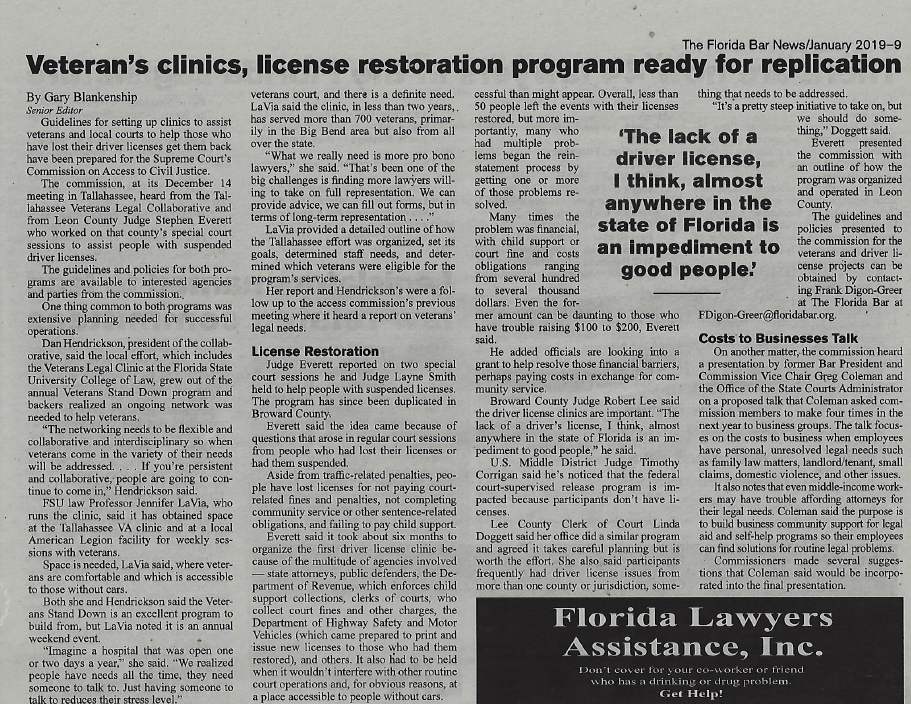 Click above for the WTXL ABC 27 story about the TVLC legal clinics!